In this blog, we will explore what is Monolithic Architecture? What is a Microservice Architecture? And finally, we will see a detailed difference between these two architectures. And also, we will discuss about how we can communicate between microservices.

And also, if you want to do some changes to one feature, it may influence the work of the entire process or other features which has been already deployed. 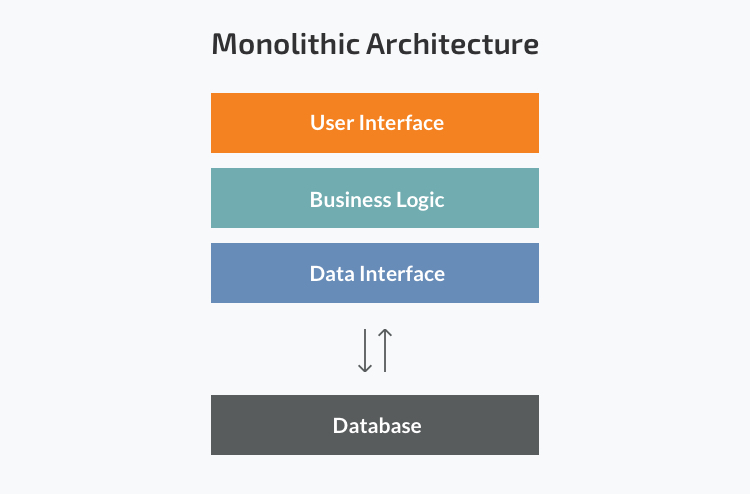 As you see in the above diagram, all the layers such as the presentation layer, database layer, etc will be tightly bound and it will be communicated to a single database. It might be a cool way of developing the application, but each architecture has its own pros and cons.

The following are some of the pros of Monolithic Architecture,

The following are some of the cons of Monolithic Architecture,

The main point which I want to highlight is Code Maintainability. When your application gets bigger, you would face a difficult time in maintaining your code. And also let’s say there are two modules, Login Module, and Product Module, in a monolithic architecture both are dependent on each other and cannot be tested until and otherwise both are deployed. 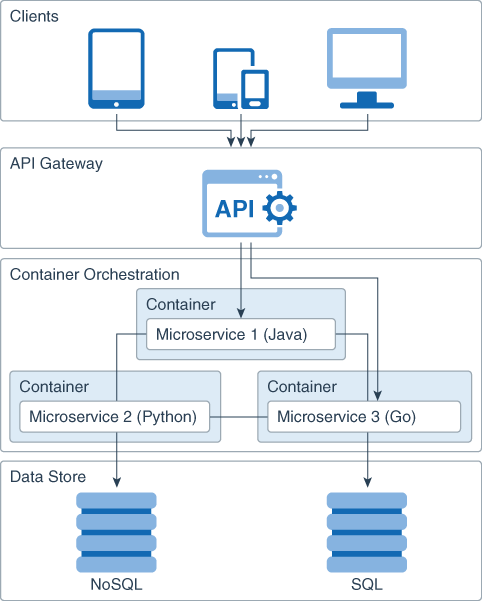 As you see in the above image, each microservice can be developed in different frameworks/languages that can be communicated to each other. And as I said earlier each microservice has its own database. Let us see the pros and cons of Microservice Architecture.

The following are the pros of Microservice Architecture,

The following are the cons of the Microservice Architecture,

In a monolithic application, a client sends a request to the server and it makes a function call to the respective layers and it gives us the data. But according to the Microservice application, we need to split them into two aspects of communication such as,

Let’s explore about these communication aspects.

Client and services may communicate between each by various protocols but in this web paradigm, most of us use HTTP/HTTPS protocol or AMQP protocol.

If possible, avoid the synchronous communication between services and also avoid chaining of requests which will break you entire microservice Architecture. In our next blog, we will explore how we can build an ASP.NET Core Web Application using Microservice Architecture.